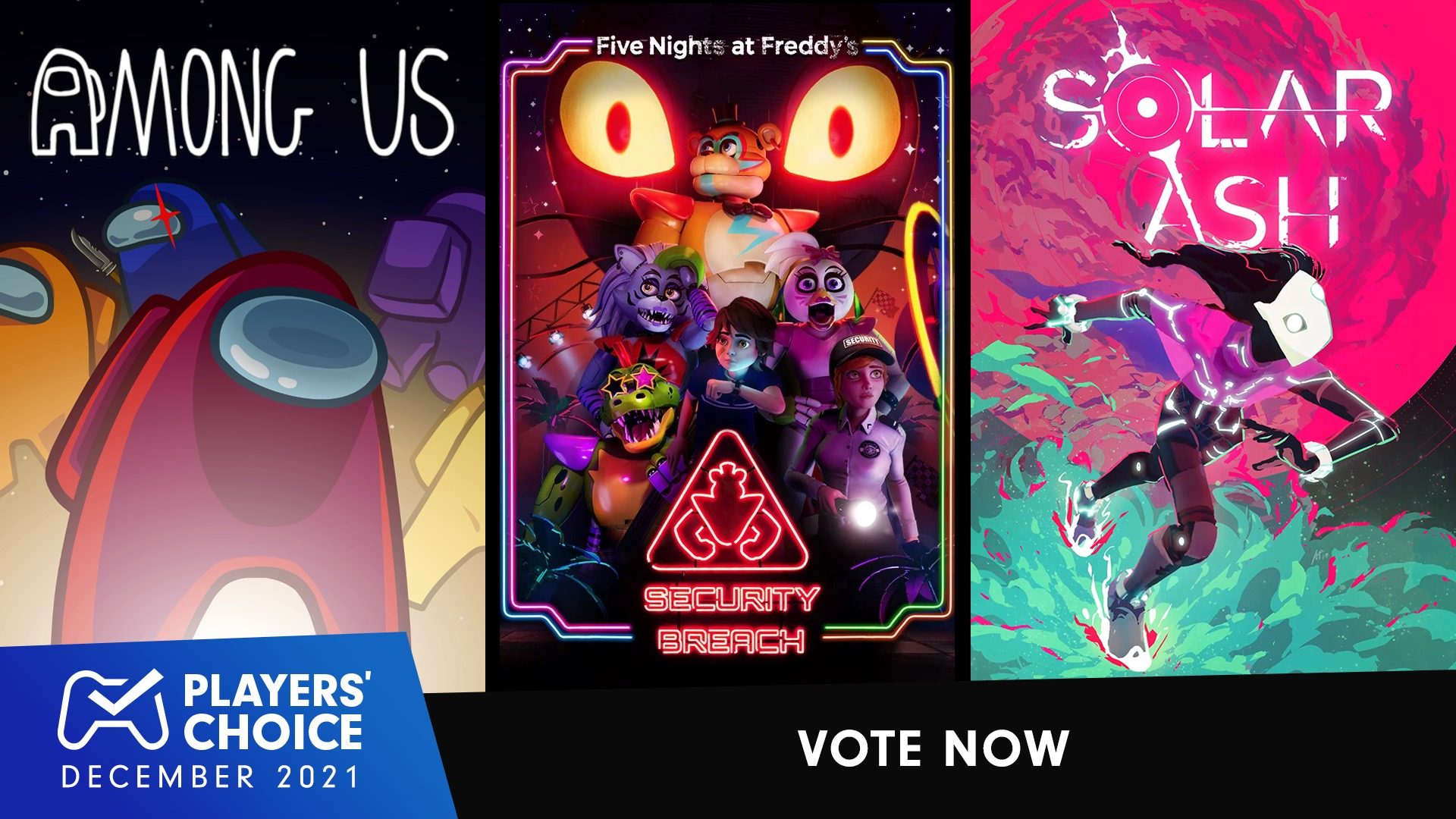 Alright gang, let’s do this one more time. The polls have officially opened for the final Players’ Choice poll of 2021! You’d be forgiven for assuming December was a quieter month, but we were graced by the release of long awaited titles like Among Us, Solar Ash, Five Nights at Freddy’s Security Breach, Final Fantasy XIV Endwalker, and more.

We’ll close the polls at 11:59pm Pacific on Sunday, January 9, so get your vote in before then.

How does it work? At the end of every month, PlayStation.Blog will open a poll where you can vote for the best new game released that month. Soon thereafter, we’ll close the polls, tally your votes, and announce the winner at PlayStation.Blog. PlayStation Store will also showcase some top Players’ Choice winners throughout the year.

What is the voting criteria? That’s up to you! If you were only able to recommend one new release to a friend that month, which would it be? In keeping with our long tradition in the Game of the Year Awards, remastered or re-released games won’t qualify. Ambitious, larger-scale rebuilds and remakes like Demon’s Souls and Crash Bandicoot N. Sane Trilogy will.

How are nominees decided? The PlayStation.Blog and PlayStation Store editorial teams will gather a list of that month’s most noteworthy releases and use it to seed the poll. Write-in votes will be accepted.